Early Thursday greetings.. from a world burning with..

A sampling of the horror of reality and that of fiction from the planet Earth:

The Pope is in South Korea.. And the North is firing rockets into the sea.. 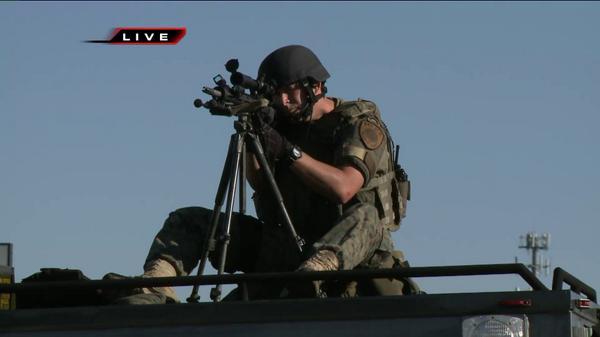 Police clash with protesters in Ferguson for another night.. two journalists were detained..
Heavy militarized police response..
THIS IS HOW AMERICA NOW IS, EVERYONE: NBC NEWS REPORTS: “A Washington Post reporter and another journalist were arrested by police earlier in the day by officers who ordered everyone out of a McDonald’s restaurant, an arrest the newspaper’s executive editor called illegal and unjustified. Wesley Lowery said he was slammed into a soda machine and arrested after recording officers. Also arrested was Huffington Post reporter Ryan Reilly” … the reporters were released without explanation as to why they were arrested or treated the way they were .. ALEX JONES’ INFOWARS writes that police were AWOL during looting but are now actively engaging in military tactics against American protesters.. A quick glance at photos and videos reveals nothing but that. A dramatic and heavy show of force, arsenal, making the scene look more like video from Baghdad after the United States invasion than a town of 21,000 people in the United States..

Here is a photo of Ryan Reilly of the HUFFINGTON POST being arrested..

Report: Computer hackers associated with the hacktivist group Anonymous released a recording on YouTube Wednesday that they claim are audio files from a St. Louis County Police dispatch recorded during the Aug. 9 shooting of unarmed teenager Michael Brown in Ferguson, Missouri…

The night that social media exploded over Ferguson..

The awkward nature of social media.. While Ferguson MO erupted in violence and the entire social media report erupted in virtual reality, the Obamas wined and dined with surf and turf–and danced nearly every song. A good time, we were told in a tweet, was had by all..

Smile: The future is now: Google will soon spot your face via satellite.. Always remember: Technology, that of the hidden nature, is about 30 years advanced compared to what we know exists.. You can be watched in real time. And chances are, you are..

Burger King wanted to attract people with low cal less fat ‘Satisfries’.. Apparently people who eat at Burger King want nothing of the kind, as the fries are now discontinued.. Lack of interesting, lack of sales..

Are we in control of our brains? Probably not.

A fascinating story–and something to ponder: Why do blind people actually see? The answer is tough to contend with for those with sight.. Blind people see nothing.. we assume black. But they don’t, as black is a color. They just don’t see at all..