Yesterday, May 15 2016, was a peculiar day of weather in Northeastern Pennsylvania.Cold, rain.. heavy rain.. sun.. SLEET, SNOW! And hail. All of that in the span of about 12 hours.

I said snow. Strange for May. Of course in the 1800s we had a season with no summer, hope that won’t happen in ’16 but it sure felt it yesterday.

But one image I wanted to share. In the aftermath of the rain and snow and storm clouds, rainbows were popping up everywhere. Some dramatic photos showed up on my news feed on Facebook and Instagram. I stole one photo from my sister in law that shows a beautiful rainbow. The picture is unfiltered, nothing added … and the rainbow appears to be directly where St. Mauritius Church stood until only a few months back. 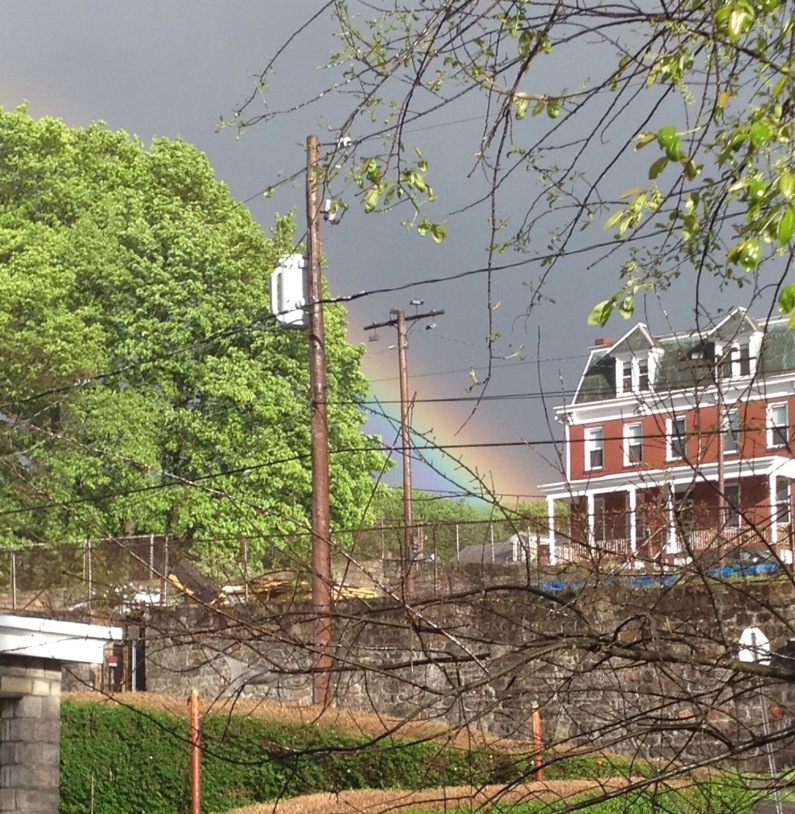 You may recall that I wrote about the structure as it was being torn down last year..

And now, a reminder of a building that was once there on a cold day in May.