Reporting from New Mexico details accounts of a supposedly crying statue of the Virgin Mary.. people being drawn from states away to see the event take place before their eyes, according to reporting. 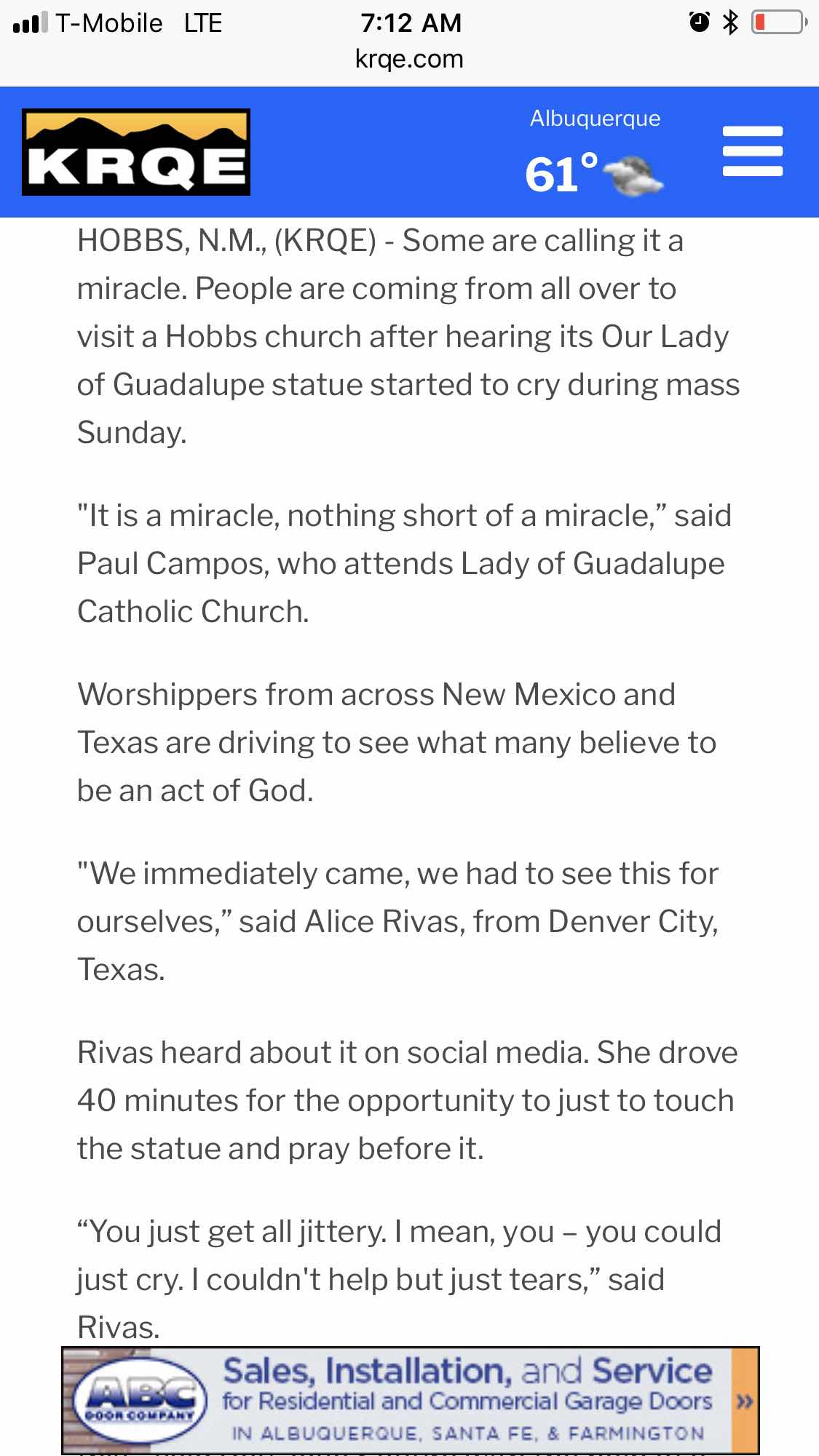 The father says the statue was built in Mexico and was on loan to this church. They will now try to keep it permanently.

The Archdiocese of Las Cruces has been called in to investigate. He says the church treats their investigation in a very scientific way.

Those at the church say at one point, the “supposed” tears were soaked up with cotton balls and preserved as part of that investigation. 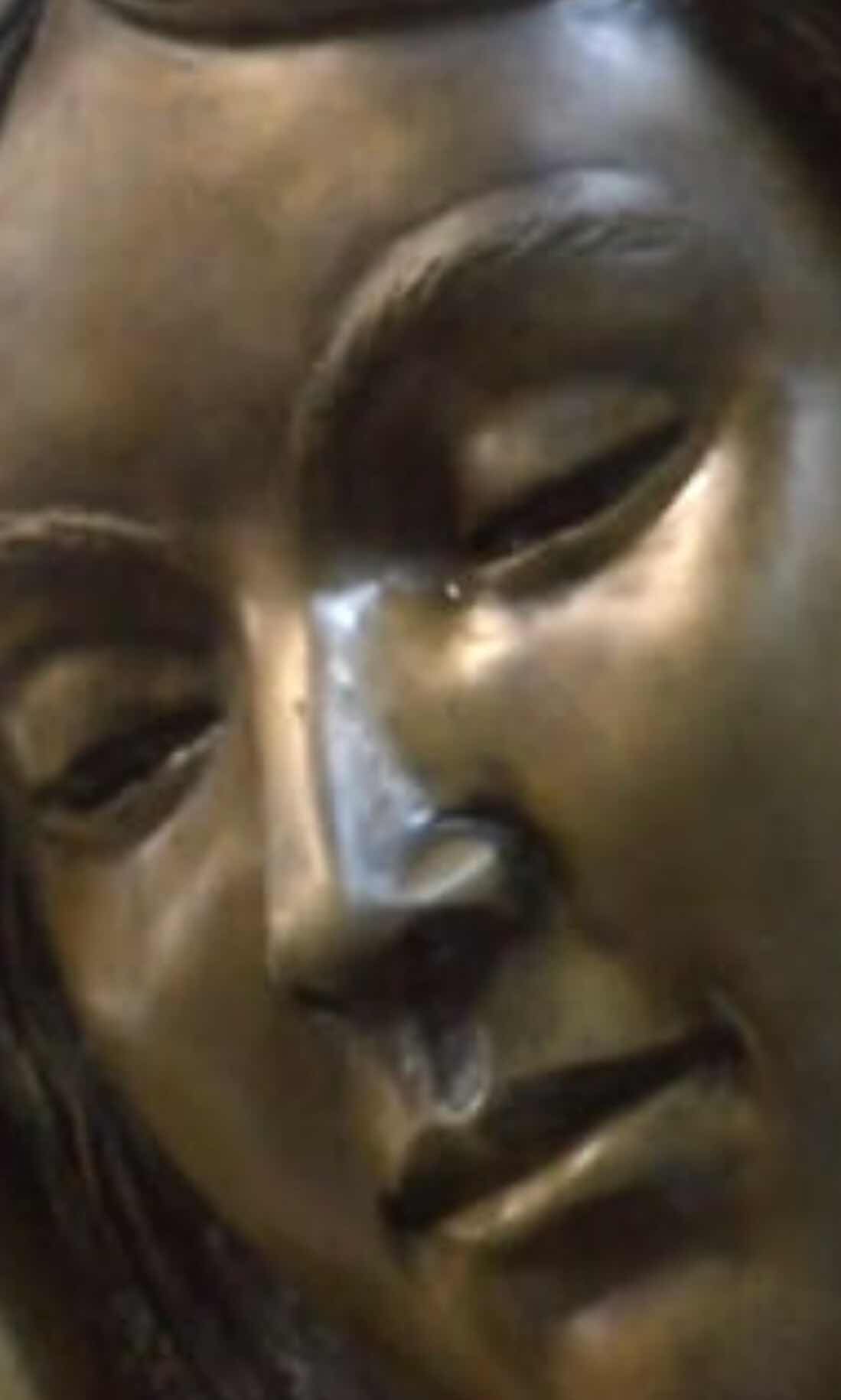