This according to a new study.. 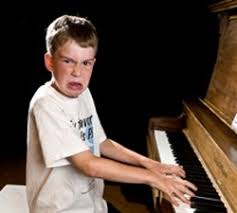 The US study team looked at lyrics of more than 6,000 songs from Billboard Hot 100 in each year.

Researchers analysed lyrics in best-selling songs from the 1950s to 2016 to find expressions of anger and sadness had increased, while words about joy had dropped.

The analysis showed the expression of anger in popular music lyrics has increased gradually over time.
Study co-author Lior Shamir, of Lawrence Technological University in Michigan, said: ‘The change in lyrics sentiments does not necessarily reflect what the musicians and songwriters wanted to express, but is more related to what music consumers wanted to listen to in each year.’ Songs released during the mid 1950s were the least angry and the anger expressed in lyrics has increased gradually until peaking in 2015.
The analysis also revealed some variations with songs released between 1982 and 984 being less angry compared to any other period, except for the 1950s.
In the mid 1990s, songs became angrier and the increase in anger was sharper during that time in comparison to previous years.
The expression of sadness, disgust and fear also increased over time, although the increase was milder compared to the increase in the expression of anger.
Disgust increased gradually, but was lower in the early 1980s and higher in the mid and late 1990s.
Popular music lyrics expressed more fear during the mid 1980s and the fear decreased sharply in 1988.

Kathleen Napier and Lior Shamir conducted research on the emotions in songs since the 1950s. Napier, a graduate student and Shamir, a professor at Lawrence Technological University, concluded that songs have gotten angrier over the years….
Napier and Shamir’s analysis was accepted for publication in the Journal of Popular Music Studies, an academic journal published by the University of California. It is included in the December 2018 issue at http://jpms.ucpress.edu/content/30/4/161.

DO we consume what we are…? Do we create the reality that we live in?
Fear and loathing is not confined to LA.. it’s earthly at this point.

And sadly sine 1988–back when Communism was busy falling and a new tech age was emerging, we seemingly got fearful .. got sad.. got angry?

NIRVANA summed that up for us best in the 90s when Kurt Cobain killed the 80s before he killed himself..

And since then?
9/11… disease…hate.. division.. sowing the seeds for future music that will only get angrier than the music of our age!

The only hope may be A I making songs for us..
…..but will AI be happy?

Perhaps going back to the 1930s and changing the MEGAHERTZ that the Nazis created would be a good place to start.