A new 21st century late shift coming? Rumors abound that Jay Leno will be out at the TONIGHT SHOW with Jimmy Fallon replacing him.. In my opinion, it’s time for a female to host a late night talk show.. I have some thoughts. CHELSEA HANDLER FOR LATE NIGHT!

And replacing Jimmy Fallon on LATE NIGHT: David Letterman. Just kidding.
Actually.. I think it’s time for a woman to take over some air time on late night TV.. And no, not Oprah. I think the best choice for the future of late night would be Chelsea Handler. I am serious about that. She would bring a creative feeling to late night—and if she’s put into the Fallon slot, she would be able to continue her irreverent style of comedy..
Leno has grown extremely stale. So has Letterman—anyone who is still a David Letterman fan is only one for two reasons: 1) They were fans since the Late Night days and 2) out of respect because of his late night days.
As for Fallon? I’ve never been overly fond of him..
But Chelsea Handler can re-invigorate late night TV.
And for God’s sake, isn’t it time that corporate executives try to bring a female into the fold of TV show history? I say yes. 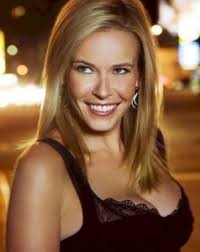