Yesterday before Savanah Guthrie even was able to finish her sentence that NBC executives suddenly and decisively fired MATT LAUER from the company, news outlets already were running blazing headlines.. Drudge’s siren rolled out from the 1990s GIF graveyard.. People were able to commentate on Youtube live streams within seconds. Reactions on Twitter were ferociously pouring in.

The firing happened so quickly that there was an awkward moment when the story of Lauer’s termination was posted right under a logo still showcasing Lauer’s face.. 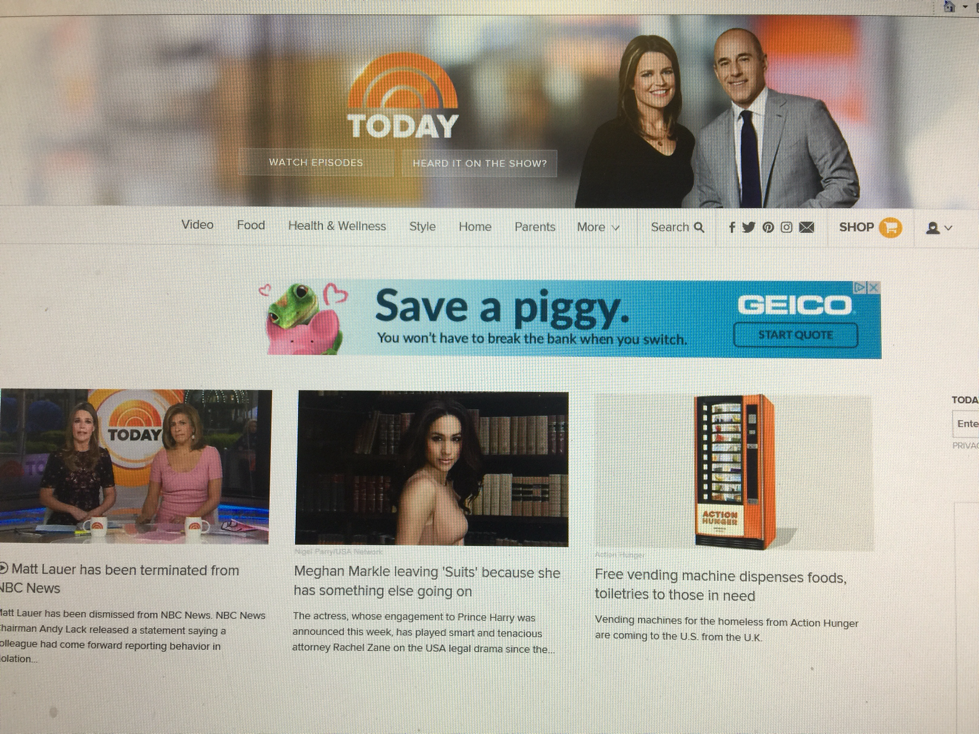 We are saturated with media. We are surrounded by opinion.. we are disturbed by the constant zeal of citizen reporters giving us eye opening accounts in truth that was once held secret by a ruling class.
And we will never get over it.
To sum up what happened in just one day of news is almost impossible.
Many women are now coming forward with accounts that Matt Lauer had sex with them, showed them his penis, had a button under his desk to lock the door, and may have done much worse. The allegations were so specific that NBC did not do the typical media suspension/investigation. Not at all..they fired on the spot, leaving the hosts of NBC’s TODAY SHOW to only have seconds of time to react with class and expertise.
IT did not end there. Garrison Keillor last his job at PBS, though on a scale of Lauer his actions (thus far) seemed to pale in comparison. He even used humor when addressing it. Keillor said that he tried to console a woman when his hand went up her dress. She got a lawyer. He lost his job. He wrote jokingly that he always wanted to be fired, but for something heroic instead of what occurred.
And it did not end there!
Almost immediately, the President reacted on Twitter. @RealDonaldTrump decided to weigh in on the Lauer situation, albeit only briefly. His big focus seemed to be another NBC media star making millions a year; JOE SCAROROUGH.  Trump Tweeted that executives of ‘fake news’ NBC should be fired.. and that Scarborough should be investigations for the ‘unsolved mystery’ in 2001. 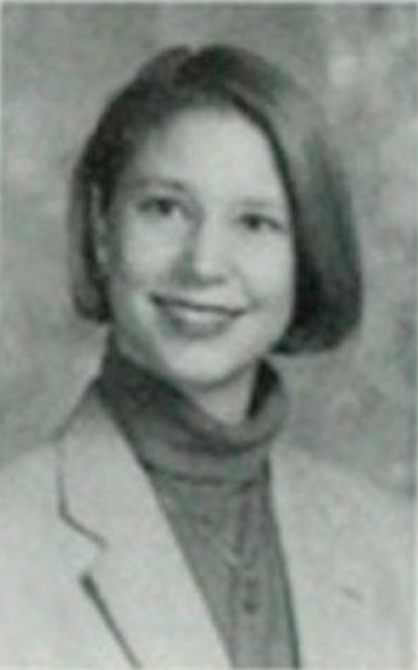 Trump is referring to the death of then Congressman Scarborough’s intern in his office. Lori Klaisutis was found dead with a head injury. An official report at that time said she had a heart condition, leading her to somehow fall and hit her head, only to die in her desk. The family disputed that, however, because she was an avid runner. Years later, NBC kicked off DAILY KOS’ Marlo’s Moulitas for bringing this issue up on the year. At that time, Michael Moore raised questions and even registered a domain name implying that Scarborough killed his intern..
Take a breather…
All of this in one day. One sole day.
This has been a whirlwind of a year. Allegations along with dynasties destroyed.. It would appear that ever since Donald Trump won the election in 2016, there has been a day of reckoning EVERY DAY in some regard.. some form of America has crumbled, at least the America that was built over the past few decades. Political families ruined.. Hollywood stars crumbling.. Journalistic institutions filled like cesspools of sultry sexual escapades. Nothing seems safe.
We already had a decade of Catholic church scandals … But lately there has been an increase in priestly affairs, pun intended. People close to the Pope involved with human trafficking (check Wikileaks if you want proof) .. priests in Italy supposedly molesting children but still practicing sacrements.
The light of illumination is shining brightly on the scarred landscape of humanity as of late..
One particular subject matter that has yet to be fully vetted or talked about: Pedophila networks within government and Hollywood. Corey Feldman is going there. He has been publicly going there for years, but lately upped the ante with specific talk about how said awful things in Hollywood led to the drug addicted Corey Haim to kill himself..
In what now seems awful, Matt Lauer interviewed Feldman on the TODAY show a few weeks ago and was particularly rough on him about the topic, highly questioning the information and allegations presented. And now.. fast forwarding a few days and Matt Lauer’s questions seem to look very different when compared with his own potentially awful actions towards co workers and colleagues.
This is the year of illumination. Revelations.
And yes, quite possibly, this is by definition an apocalypse year..By the truest sense of the definition. The great unveiling.
Everything is beginning to unveil, unravel…Upheavel sure to come.
Locusts by Friday and end times on the weekends.
Enjoy… 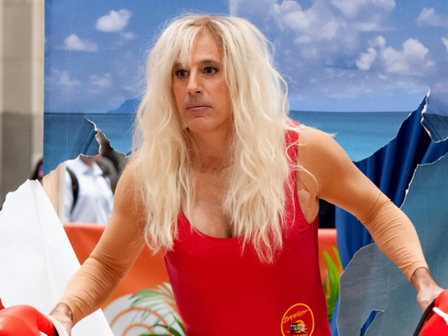