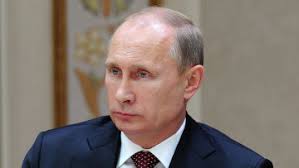 Can Putin save the Winter Games from terror?
The Winter Games are only weeks away, but this weekend Russia started to look like a war zone.. There were two suicide bombings, scores dead and injured, and fear over whether Putin can prevent further violence before the Olympics.. Security is tightening around the nation, especially near the Volograd–the location of where violence took place.

Look what 2014 is about to bring for the Northeast! This is a model run of a storm system set for Thursday.. cold air is in place and a major accumulating snowfall may occur.. Stay tuned if you’re in the area.. Don’t expect to do much Thursday. Get the pizza and beer now.

There is still fear in 2014.. There have been some interesting and unsettling earthquakes in the Canary Islands over the past few days–this has happened before. When it did, there were rumors that a giant East Coast tsunami would occur. That was helped by people like John Moore on his radio program.. Now that the rumbling is happening again, those same rumors are being told. John Hogue is weighing in on the earthquake swarm and potential ramifications if Las Palmas euptions take place..

From livescience.com: “Two years after a new underwater volcano appeared offshore of El Hierro in the Canary Islands, earthquake swarms and a sudden change in height suggest a new eruption is brewing near the island’s villages, officials announced today”

If a big tsunami did occur, it would cause devastation in the aftermath.. Predictions that it would be 300 feet high, cover islands.. And here is a map of what it could do to the United States.
And it just so happened that this all occurred around the same time of these warnings of increased volcanic and seismic activity: A strong 5.4 shakes the Canary Islands..

“Military style attack” on California power station..
Was the mysterious attack on the station a rehearsal for a larger assault on the United States power grid?

Imagine driving down the road at 65 MPH and your car reacts as though it hit a truck. But it didn’t. Your car just got hacked..

The passengers trapped aboard the Akademik Shokalskiy off the coast of Antarctica have prepared a makeshift helipad on the ice to enable a helicopter rescue after an Australian icebreaker was unable to reach them.

The sun has flipped..

‘Tis the season for the seasonal flu.. but there seems to be a bigger number of H1N1 this year.. 60 cases in Chicago alone at this point, Michigan seeing an increase.. Massachusetts has a dominant strain.. and the South Central United States..

Remember a few days ago, the HORROR REPORT told you about ‘big Bertha’ getting stuck under Seattle? The big drill isn’t moving.. Well, it did not take long for some to come up with some interesting theories: Including aliens! “Possible alien activities” underground .. And we can thank Big Bertha if we uncover a dramatic history-changing event..

Someone who worked in the US drone program writes in the UK GUARDIAN about what she saw..

Interesting article: The effects of nursing on nurses..

With the holidays just about over, here’s a good story for you to study: How to detox your holiday body..

AMITYVILLE HORROR reboot gets January 2015 release date.. And as so many movies go these days, a ‘lost footage them’ is going to be present in the new adaptation..