After several days for public outrage and an outcry to YouTube to better police material uploaded to the site, the went company has weighed in.. The effect? It may be more far reaching than just dealing with the suicide forest video presented by the 15 million subscription strong YouTuber. 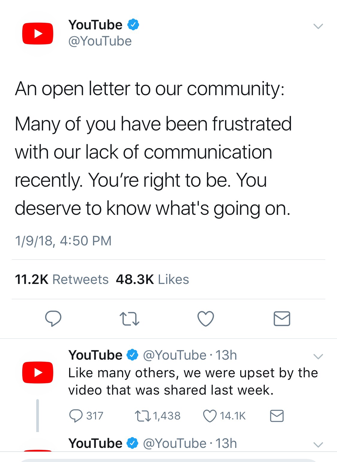 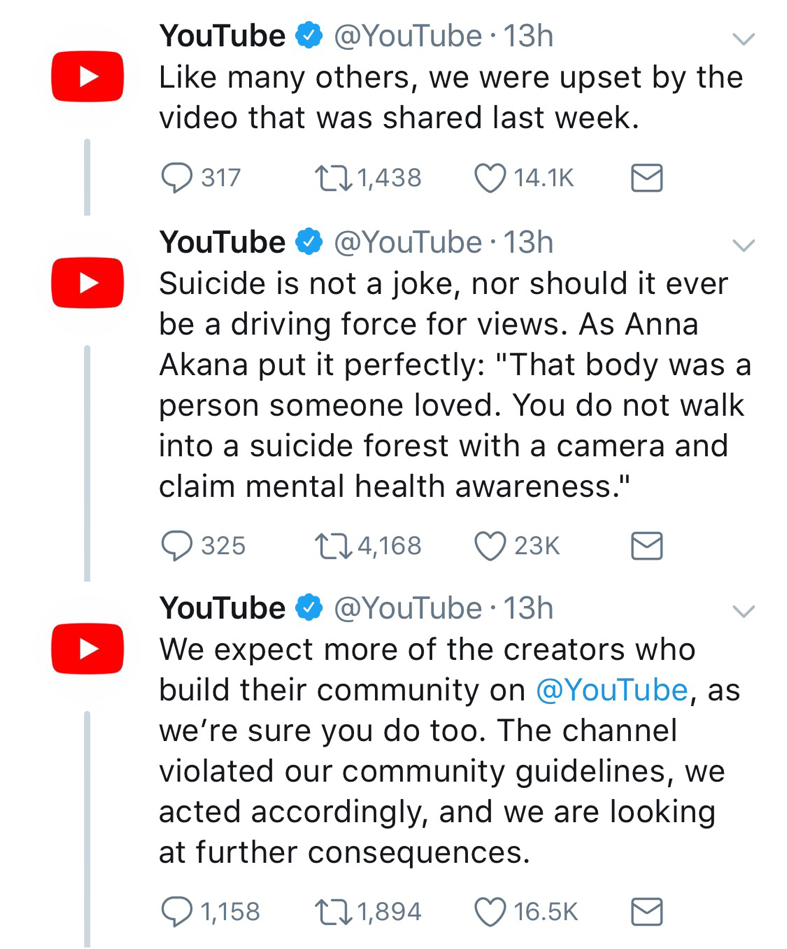 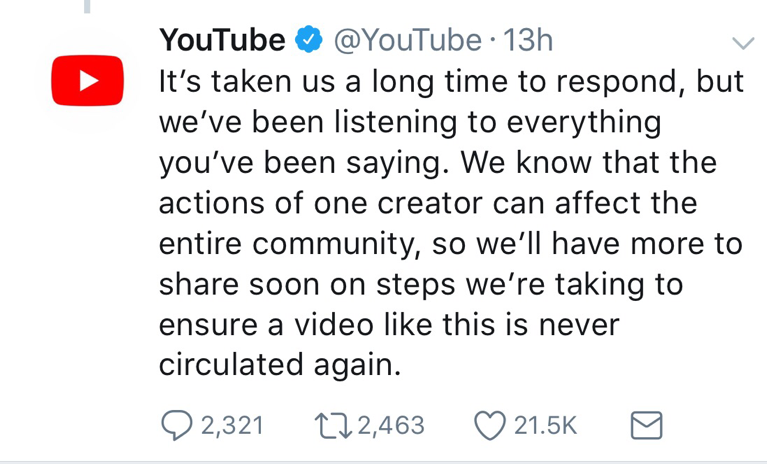 The vague commentary including “we are looking at further consequences” has alarmed some in the horror community who either report on real events or write and produce fiction.. 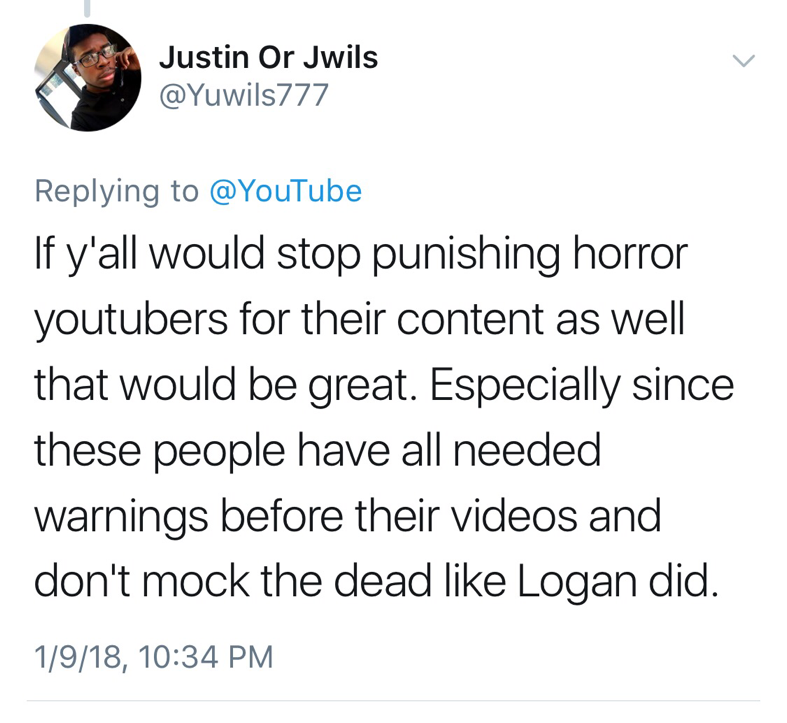 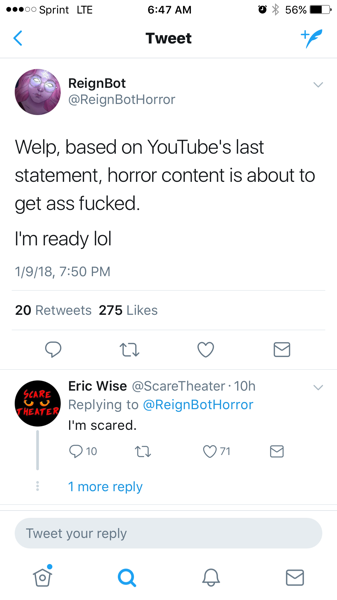 REIGN BOT has been on of my personal favorites on YouTube for years–her videos normally contain the back story to creepy or real events taking place across the net, or the world. Often her channel has featured “things you should not Google” type videos, often which have proven to be very popular.
And today she is taking them down. From her Twitter feed: 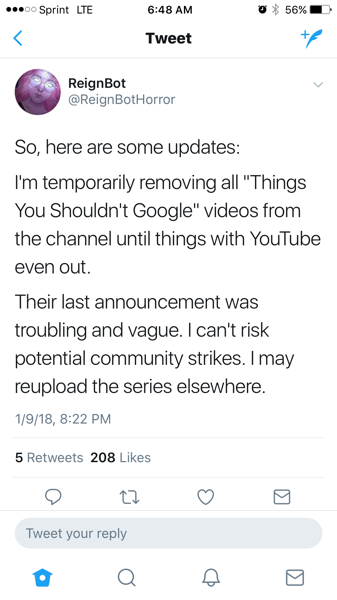 There are concerns here that people who create amazing content should have. Like REIGN BOT said, the announcement was troubling and vague. It is not giving credible guidance to creators who harbor a large fan base and don’t intentionally set out to ruin the innocence of children or people’s lives…
MR NIGHTMARE, who tells horror stories, and many others could potentially see a future where their videos are flagged.   Even You Tube channels run by people as harmless as the “FGTEEV” family and DanTDM have been hit with warnings over videos featuring what YouTube deemed as violence and words that children should not see. That coupled with political dissidents like conservative commentator Mark Dice having videos removed on a regular basis, things are getting a little strange at You Tube..
The Logan Paul mania has been quelched a bit.. He has seemingly vanished from the headlines as much as he has from You Tube. But the dangling body he filmed in the famed Japan suicide forest is still haunting creators. People who don’t do anything appalling like Paul did, people who don’t showcase and mock dead corpses, people who actually respect the dead and paranormal in the universe, could now face a future where their videos will be flagged, removed, and their accounts either demonetized or deleted.
DEVELOPING..