The Allentown PA MORNING CALL is reporting this late night Saturday night massacre in the city:

A car explosion Saturday night on Turner Street in center city Allentown resulted in multiple fatalities, according to Allentown police.
Assistant Chief Gail Struss said authorities do not know how many died.
The explosion happened around 9:30 p.m. on the block between Seventh and Eighth streets. Along with city police, investigators from the U.S. Bureau of Alcohol, Tobacco, Firearms and Explosives were on the scene. Around midnight, a team of investigators worked around the burnt skeleton of the car
The explosion reverberated beyond the block. It shook The Morning Call building, which is about a block and a half from the scene. And on Facebook, people from other parts of the Allentown and even outside the city’s borders said they heard or felt the boom.

There was a very graphic video of the explosion being widely shared on social media in Pennsylvania Saturday night into Sunday morning that showcased the fiery car along with body parts and pieces of flesh sprinkled throughout the city streets… The HORROR REPORT has been sent the video and decided now to broadcast it..

The scene was crowded with emergency crews and investigators including Lehigh County Coroner Scott Grim, the Allentown Fire Department Bomb Squad and city paramedics. A UGI truck was on the scene, though a worker said it was a precautionary measure..

A tamer photo was being spread on the news sites and stations: 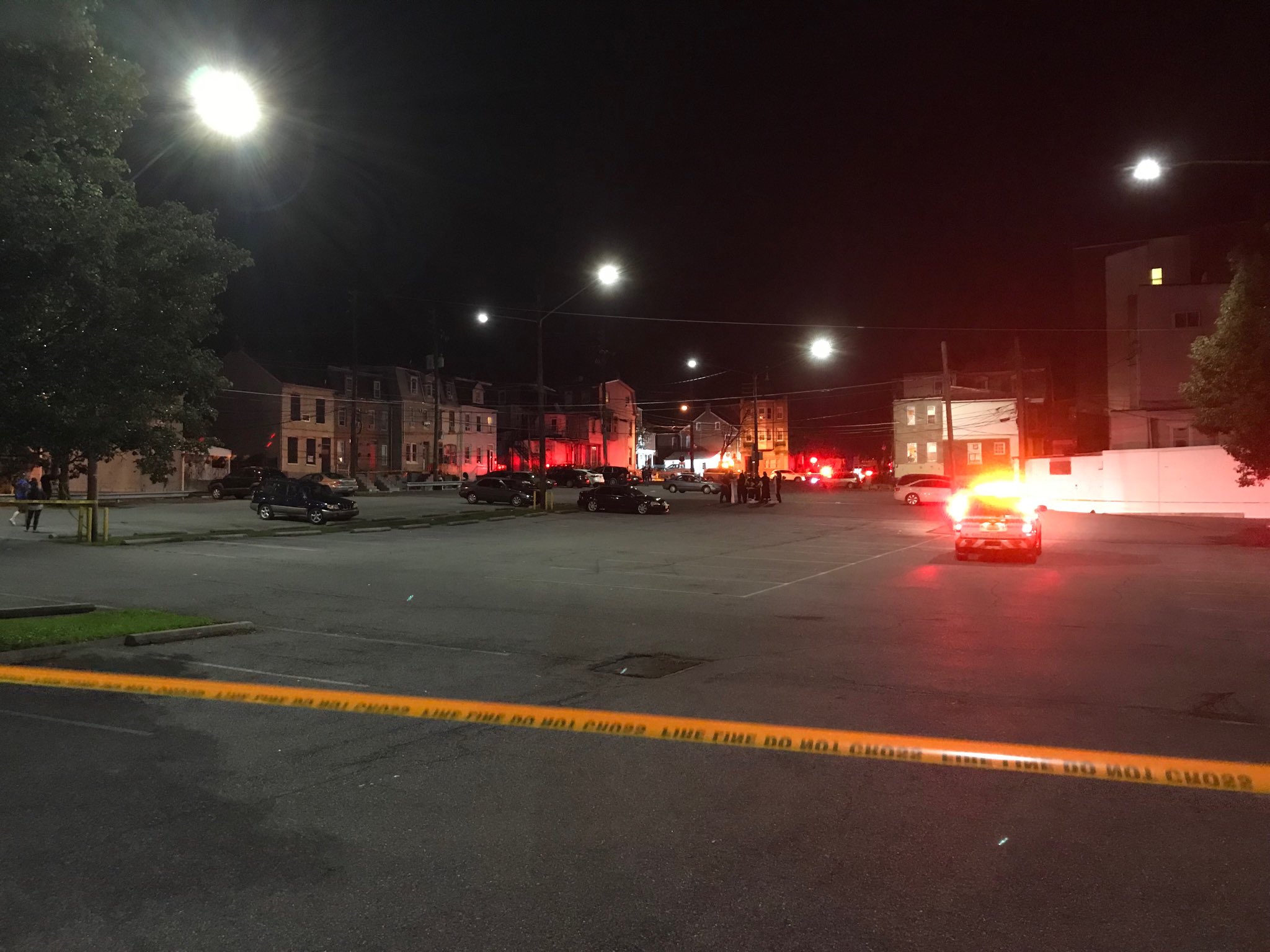