Producer Jason Blum, the CEO of the budget-conscious and incredibly successful Blumhouse Productions (Get Out, Paranormal Activity, Insidious, The Purge) has promised that their planned Halloween sequel – the one written by Danny McBride and David Gordon Greenand directed by Green – will definitely be released by its planned date in October of 2018. And additionally, there’s word that Carpenter himself is still interested in providing the score. 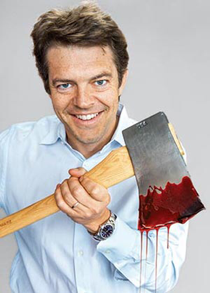 All seemingly good news for Halloween fans for the man who once dubbed himself the Prince of Horror..
The newest incarnation of Halloween, is hoping that viewers ignore Halloweens 4-infinity in place of this one, as it takes place immediately after the Rosenthal Halloween 2.
Getting confusing?
Yes.
And that it why it seems Halloween films have become a mockery of themselves. Nothing serious anymore in the way of actual scares or storylines..
John Carpenter being included, along with a catchy piano song, may help… but I get the feeling that we have been down this long path before.  And it leads to nothing but sequels drowning in misadventure and contempt for premise and character development. I’ll give it a chance.
…got to be better than the Rob Zombie versions, no?