Okerlund was one of the more recognizable names in sports entertainment with his career spanning the American Wrestling Association, World Championship Wrestling and World Wrestling Entertainment.

We did know something MeanJean.. you were the voice of countless childhood backgrounds and will hold a special place in millions of people’s hearts .. 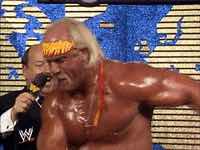