USA Today reports that in a new HBO documentary titled, Jane Fonda in Five Acts, Fonda reflected on the “infamous photo that showed her sitting on a North Vietnamese anti-aircraft gun.”

Fonda tells HBO that the photo “was a betrayal.”

“I will go to my grave regretting that.”

“We were bombing, and it wasn’t being talked about. And I thought, ‘I’m a celebrity. Maybe if I go, and I bring back evidence’ And it did stop two months after I got back, so I’m proud that I went. It changed my life all for the good,”

“The thing that I regret is that on my last day there, I made the mistake of going to a ceremony at an anti-aircraft gun. It wasn’t being used. There were no airplanes or anything like that. There was a ceremony. I was asked to sing and people were laughing and so forth and I was led, and I sat down. And then I got up and as I walked away, I realized, ‘Oh my gosh. It’s going to look like I am against my own country’s soldiers and siding with the enemy,’ which is the last thing in the world that was true.” 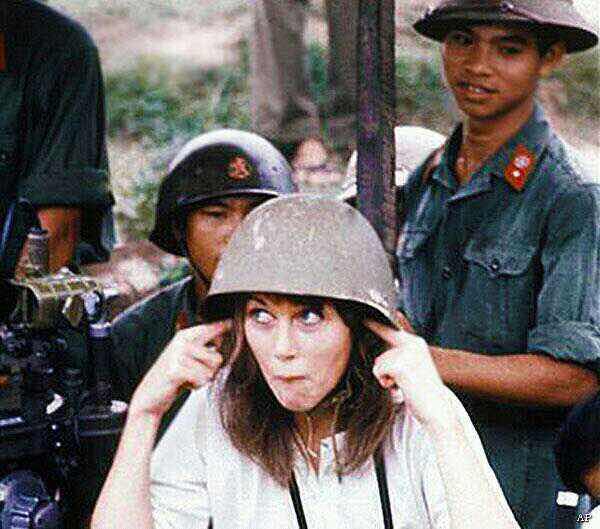