MIDNIGHT IN THE DESERT host Heather Wade posted what appears to be a potentially ominous message for fans of the late night radio show..She wrote that she is unsure how long the program may last. She gave a heartfelt thank you to all who gave support.. and finally finished by saying it was the most fun she has ever had.. 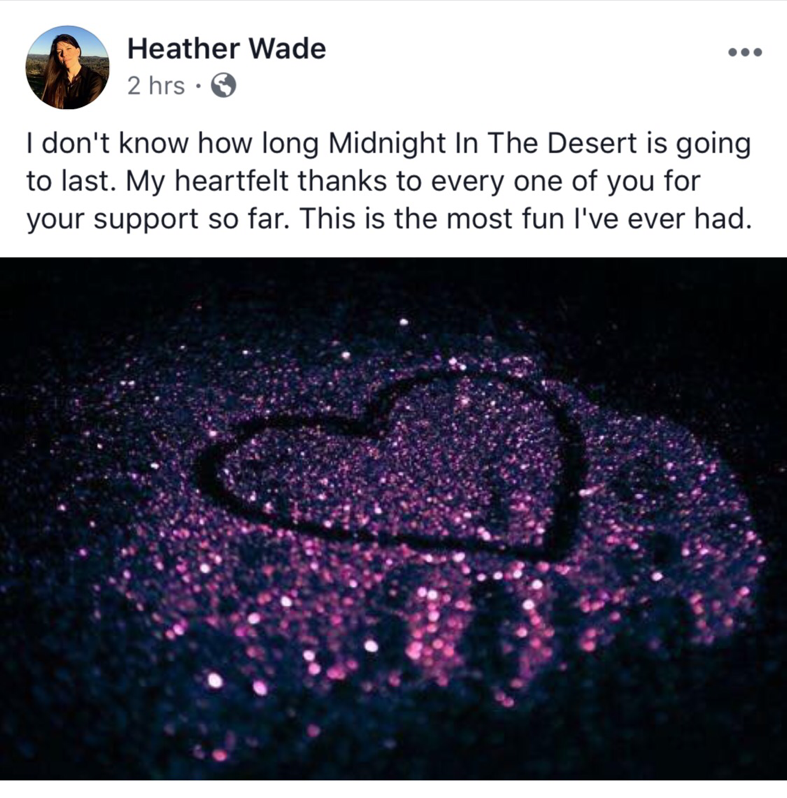 Wade was thrust into a strange scenario when Art Bell abruptly quit December two years ago. Those who recall the HORROR REPORT coverage of the ordeal most likely recall that he reported gunshots were being fired during live programs, that his life was in danger from an intruder to his property in Pahrump Nevada, and that he was ending his program over fears of his safety.
Wade stepped in and, over the past two years, has evolved into a permanent radio host of the program, picking up a strong fan base and listenership.
However, numbers may not be enough behind the scenes to support the program.
While Wade is not commenting yet on the hundreds of public reactions her Facebook post received, some are questioning why Art Bell himself can’t pick up a night or two, or even weekends, to boost the potential money problems.
Bell has given a courtesy post for the show many times over the previous two years, and also heralded Heather Wade as a great radio alternative to Coast to Coast AM’s George Noory..
Bell’s messages through the years have been mysterious and reassuring.  For fans of MITD, Heather Wade’s is ominous and alarming..
Please follow as we learn more…
DEVELOPING..