We already know that included with that purge was the President himself.. While the decision to purge some extreme accounts has been applauded, others like Jim Cramer are noting how little they suddenly check Twitter. How … un-exciting it has become to just go to the site for sports scores again. Trump, Cramer said, was the draw. Without him the site will need to find another star–and their stocks did tumble.

Since Twitter’s purge, Parler was shut down by app stores and eventually Amazon decided who gets to be on their vast internet servers. Again, applauded but a few, just a very few, are shocked that Jeff Bezos has that much power!

And since this big ‘cleaning’ online, the following has happened:
Rumors have persisted and rapidly been sent around the world that 1) the Pope was arrested during a blackout this weekend, 2) The Italian Prime Minister is in jail, 3) ATM machines all over the nation are not working and 4) Bible ‘experts’ all over were posting videos that they were given secret messages about the end times coming.

Additionally, upcoming dates in January of armed mass protests were being planned, just as Congress plans the Impeachment sequel, almost a spinoff series at this point of the Trump Reality Show.

So with all of these dangerous accounts gone, it seemingly became even more increasingly easy to spread misinformation for fun.

I get the sense of quite a few users at 4CHAN having a blast with spreading the website “the conservative beaver” about the Pope’s indictment that your grandparents most likely have spread to their friends on Facebook..

THE SCARY SIDE OF MAYHEM

Parler was reportedly being used to help assist in planning chaos.. As a result, effectively all other businesses shut them down. There will undoubtedly be antitrust suits and allegations of corporate monopoly, but somehow life started to move so fast since 2021 began, it is difficult to keep up. And it makes you look old fashioned not to join along..

Just a few news clips on Parler before proceeding: 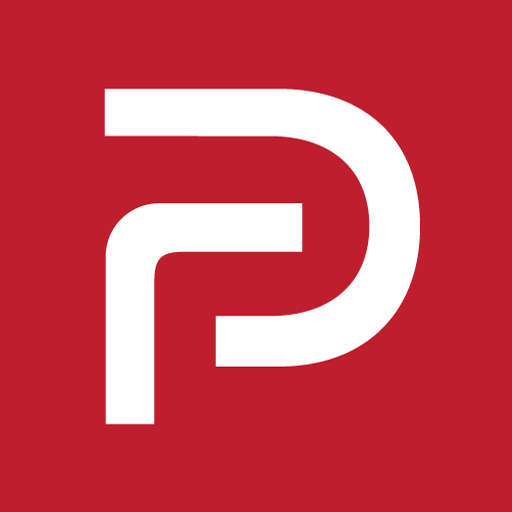 Right-wing app PARLER booted off internet over ties to siege…

What Was Actually Being Allowed On Platform?

Every Deleted Post Archived, Many With Users’ Location Data…

Warns Employees Not to Wear Company Gear In Public…

Meanwhile.. this from the FBI: All 50 states need to prepare for mass chaos. That’s right, all 50. Every capitol.. ABC says they obtained the memo and printed it for the world–but still no official in person press conference or statement from anyone in the FBI:

The FBI has also received information in recent days on a group calling for “storming” state, local and federal government courthouses and administrative buildings in the event President Donald Trump is removed from office prior to Inauguration Day. The group is also planning to “storm” government offices in every state the day President-elect Joe Biden will be inaugurated, regardless of whether the states certified electoral votes for Biden or Trump.

“The FBI received information about an identified armed group intending to travel to Washington, DC on 16 January,” the bulletin read. “They have warned that if Congress attempts to remove POTUS via the 25th Amendment, a huge uprising will occur.”

Washington has suddenly become tense since January 6. The newest memo has added misery to the discomfort..

The abrupt resignation of Acting Homeland Security Secretary Chad Wolf added to the mounting tension in Washington ahead of President-elect Joe Biden’s inauguration next week.. Wolf announced that “the evolving security landscape” had led to a decision to begin security for the inauguration on Jan. 13. The efforts were originally scheduled to begin on Jan. 19…

ONLY HOURS TO GO UNTIL THE END OF THE TRUMP SHOW.. PEOPLE SUDDENLY ON PINS AND NEEDLES OVER WHAT THE CLIMACTIC SERIES FINALE WILL INCLUDE..

Latest posts by BRYAN (see all)

Sorry. No data so far.

SIT BACK AND ENJOY THE SHOW