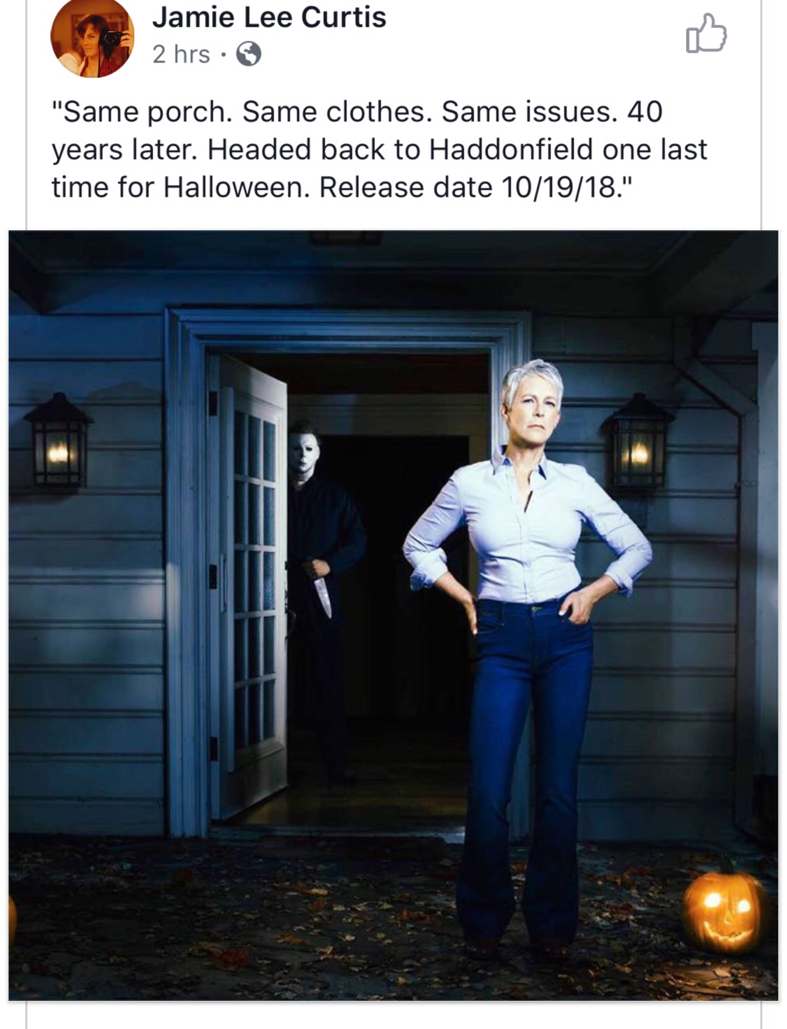 This is not a sequel of news films .. it ignores H20 and Ressurection, instead focusing on being a sequel to the second movie..

From the press release:

Curtis “come to her final confrontation with Michael Myers, the masked figure who has haunted her since she narrowly escaped his killing spree on Halloween night four decades ago.”

The release continues: “Inspired by Carpenter’s classic, filmmakers David Gordon Green and Danny McBride crafted a story that carves a new path from the events in the landmark 1978 film.”