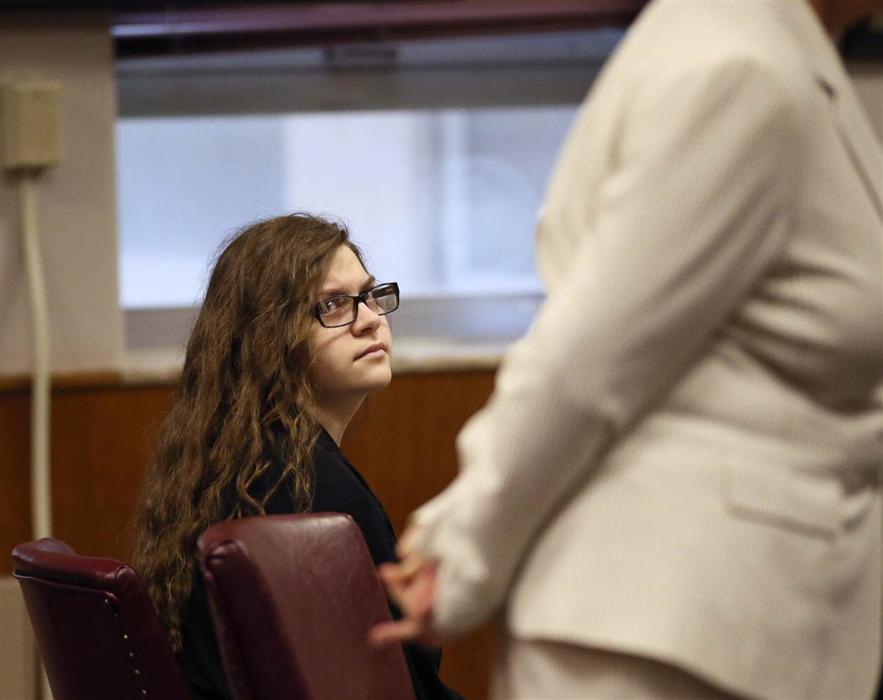 WAUKESHA, Wis. — A Wisconsin girl accused of helping her friend stab a classmate nearly to death to please the fictional online horror character Slender Man was lonely and depressed and had descended into “madness,” her attorney said Friday in pleading with a jury to send the girl to a mental hospital rather than prison.

Anissa Weier and Morgan Geyser lured classmate Payton Leutner into the woods at a park in Waukesha, a Milwaukee suburb, in 2014. Geyser stabbed Leutner 19 times while Weier urged her on, according to investigators. A passing bicyclist found Leutner, who barely survived. All three girls were 12 at the time.

Both Weier and Geyser told detectives they felt they had to kill Leutner to become Slender Man’s “proxies,” or servants, and protect their families from the demon’s wrath.

Weier, now 15, pleaded guilty to attempted second-degree intentional homicide in a deal with prosecutors in August. But she claims she was mentally ill during the attack and not responsible for her actions. A jury heard three days of testimony from psychologists and detectives. If the jury agrees she wasn’t responsible, she’ll be committed to a mental institution. If not, she faces prison.