ALL THE CRAZY FOR A MANIC MONDAY..

There are so many weird events on the horizon, and now in the past.. a case of the Mondays, indeed.. this news wrap from today is enough to give you the chills from head to toe.

Without even further coding delays, the news presented in HTML format and uploaded throughout the land from a FTP program near you:

The HORROR REPORT and many other sources have been reporting on some dire circumstances regarding the EBOLA outbreak in Africa.. now this: Experts are worried that the virus is ‘just a plane ride away’.. That’s a pretty sobering thought..
The fear of the virus spreading is spreading faster than the virus..
BUT!
THE CDC, busy with its clumsy treatment of viruses, tells us that Ebola poses little risk to the United States..

Whenever the world catches fire, North Korea demands attention.. no different now: This time Lil Kim is threating to nuke the White House! The leader of the nation must still be upset with this video..

Here’s a list of things that Americans have stopped buying.

Could this be the birth of the anti-Christ!? The always reliable *(sarcasm of course)* UK SUN is reporting this: A four-year-old boy has the symbol of Satan on his chest.. The mark of the devil.. The news was reported in the British tabloid and now the news has gone worldwide thanks to a link on the DRUDGE REPORT.. Did he sleep on a toy? Doctors “baffled” we’re told.. has the Anti-Chris been born is a paper trying to sell fishwrappers? You be the judge..

Speaking of demons among us: Father Mariam Rajchel said he performed an exorcism on a teenager .. afterwards he began getting hate texts from demons. Hopefully not a demon texting and driving..

The news of the weird doesn’t stop there.. This from York, Pennsylvania: A woman claimed her house was haunted. When journalists arrived to cover the story, their interview with her almost had them fleeing away.. The reporters, we are told, were skeptics .. They doubted the story of the woman from YORK.. And then they saw a strange shadow that chilled them to their bones.. This is another you be the judge story.. but the FOX 43 reporter saw the 7-foot-tall shadow and felt his hand burning … And you can be the judge all you want: But you weren’t there, neither was I.. and the thought of a skeptic suddenly believing in a shadow man does a bit more than nothing to convince me. The veil is lifting. If there is a veil at all..

Another story of oddity: An abandoned hospital in South Africa is said to be haunted.. The facility shut down in 1997. Millions worth of equipment was locked inside.. Since then ghost hunters have flocked to the location..

Intrigue at a baffling mystery (now two!): Those weird holes in Siberia.. 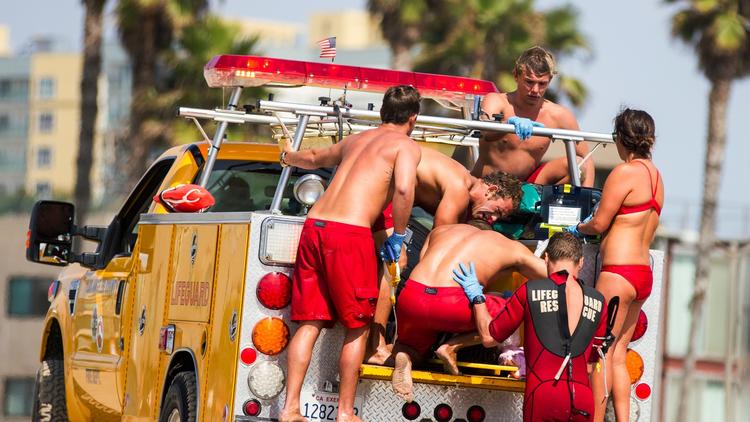 Strange freak thunderstorm forms out of no where in California.. kills a young man..

Get ready for a new fad .. a teen was severely burned after a “Facebook challenge”. The goal, you ask? Rubbing alcohol on your chest and lightning yourself on fire.. If Art Bell was still on, a Darwin Award would have been given..

Suddenly two blasts from fame past makes headlines: Freddie Prinze Jr. slams Kiefer Sutherland .. And no one seems to care.

Scandal at COMIC CON.. Women claim sexual harassment at event.. they say that they were groped by geeks and followed around and photographed..

SMILE!! You did well at the box office this weekend
Destruction still being found in Florida after Hurricane Ian
MEDIA FEAR over Russian bat virus
The DAHMER Netflix movie has enraged some family of deceased–and cast who worked on it have PTSD!?
Welcome in October with the most Octoberist movie scene of all
Navy Says All UFO Videos are Classified, and Releasing Them ‘Will Harm National Security’
Chinese Covid lockdown traps residents during earthquake
Must be the season of ‘WITCH’
Disease outbreak mystery as two die from unexplained pneumonia of ‘unknown origin’ in Argentina
An AI interpretation: who’s the giant?