Skip to content
MONDAY OCTOBER 28 2013
It has been well over a decade since my paternal grandmother died. Over the years I have been given the gift of having some dreams about her–however she was never actually in them.. only her vacant house and her empty garden. Last night, that changed. I had a dream that we were saying goodbye to her house and her life (a long time after mind you) and she was in it.. she gave me a great big hug and whispered “where did the time go?” and finally “I love you.’ Even though it was a dream it felt like magic.. My dream ended with me asking her, “Do you believe in God” and ….boom. The alarm clock began to do its early morning magic-buster.. I never got an answer.. But I know that she loves me.. Ironically, this was also the first dream in which my son was actually in it–I have been a dad for two and a half years but this was a first.. I was showing my son Ayden a pear tree she had.. I found an old toy in her house..
But as for that potent God question?
Alarm clock.
HALLOWEEN WEEK CONTINUES..
Now onto the news.. the nuclear threats.. the human threats.. the alien threats.. and the winter threats.. I ask you to ask yourself: Is any news good?
St Jude storm chaos..
Two dead.. 300,000 without power..
A powerful storm..
Man jumps over a fallen tree on his way to work..
Drastic warning: Many will die this year from UK cold..

Police describe a scene they will never forget .. the Brooklyn stabbing..
Here is something to consider.. A Yale professor on Fukushima: “All of humanity will be threatened for 1000s of years” if the rods in Fukushima Unit 4 pool touch and have a nuclear reaction.. That is a very true statement.. Humanity itself is already being affected by the events of Fukushima–we have been showered with radiation north of the equator for months. And when strong earthquakes occur in the same region of Honshu, as they did last week, and TEPCO tells us that nothing bad occurred, it’s laughable. The worst of the bad already happened. Just as you can’t fix stupid, you also can’t amp up calamity..
Farmer says 16 of 30 horses suddenly die near Fukushima..
There were two major events on Saturday October 26 2013.. The Fire in the Sky news on YouTube reported on meteors with multiple sightings.. According to the report, sonic booms accompanied the meteors.. one report said a low meteor went right above a women’s garage, saying it looked like a ‘basketball on fire.’ There were other reports of loud booms and explosions giving off a blue and green and red smoke trail.. There was another story from just Sunday in which a large fireball image was captured over Poland..
The NSA spied on 60 million Spanish phone calls per month..
The Superstorm Sandy babies, one year later..
The kids aren’t alright: A new trend on Youtube has girls asking if they are ugly.. The NEW YORK POST reports that girls age 9 to 14 are asking the world if they are attractive… 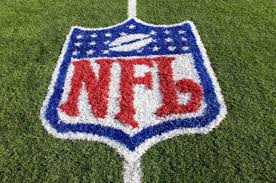 The NFL continues to argue it is a nonprofit..
Blast from the past courtesy an old newspaper: A newspaper in 1886 reported that a 10-foot ‘wild man’ with 7-foot arms was killed.. According to the old news account, the man also had hair all about his body and face.. Now I know it was well over one hundred years ago, and scientific understanding was ancient, but could they have gotten this one that wrong? Was there a 10-foot wild man? The then Waterville SENTINEL reported that very thing..

Meet the actor who plays dead for a living.. Chuck Lamb has appeared in numerous shows and movies … as a dead man. Naturally he is pale and bald, so seemingly has .. just looks dead? But Lamb is a professional dead man, the one that producers call when they need a victim..
Chris Brown arrested..
Rock world remembers Lou Reed..
When astronauts get back from space, their eyes are altered.. Apparently one in five report vision changes after their space trips.. Something to consider as private space companies will soon huddle people up in ships and take us into the wild future..
SNL has hilarious horror movie spoof..
Also on SNL this weekend: Miley twerking in a colonial gown..
Hollywood facing an exodus of filmmakers..
GRAVITY falls.. thanks to the hands of BAD GRANDPA, which was the number one film this weekend..
NBC NEWS goes ‘inside’ the world of haunted houses.
Sexy teenager costumes: What is a parent to do